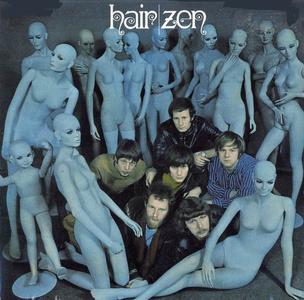 Zen is a Dutch rock band, founded by Siegfried 'Siebe' de Jong (vocals and saxophone) and Dirk van der Ploeg (guitar and vocals) in 1965. Van der Ploeg writes the lyrics, music and arrangements.
This is the rare first album from the 60s psych pop Dutch band, originally released in 1969. The hippie-oriented band hits the top spot on the Dutch Top 40 singles chart in January 1969, with their version of the theme from the musical "Hair".
After various line-up changes, the band dissolves in 1977. In the 1980s the first incarnation of the band plays some reunion concerts.