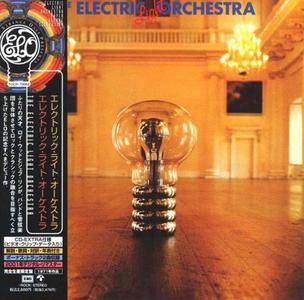 
Although ELO quickly became Jeff Lynne's baby, it was launched as a collaboration between Lynne and his bandmates in the Move, multi-instrumentalist Roy Wood, and drummer Bev Bevan. Indeed, the label on ELO's first album reads "Move Enterprises Ltd. presents the services of the Electric Light Orchestra," and most histories claim that the initial idea for the spin-off group combining rock and classical music was Wood's, not Lynne's. Wood and Lynne split the songwriting duties on Electric Light Orchestra, much as they did on late-period Move albums, but it seems like their visions of what ELO was were widely divergent. Wood's songs are clearly more classically influenced, with the string and horn sections driving the songs rather than merely coloring them, as they do on Lynne's tunes. 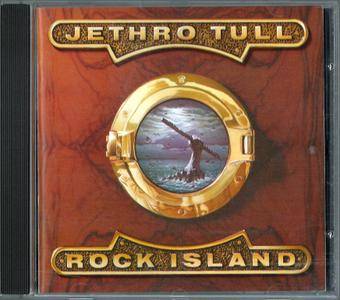 Rock Island is the 17th studio album by the British rock group Jethro Tull, released in 1989. The album continued the hard rock direction the band took on the previous effort, Crest of a Knave (1987). The line-up now included Ian Anderson, Martin Barre, Dave Pegg and drummer Doane Perry in his first full recording with the band, although he was already a member of Jethro Tull since 1984. Without a permanent keyboard player, the role was shared by Fairport Convention's Martin Allcock and former Tull member Peter Vettese. Rock Island went Gold in the UK, with good sales also in Germany, where it peaked at Nº 5. There were good sales also for the "Kissing Willie" single, that reached Nº 6. 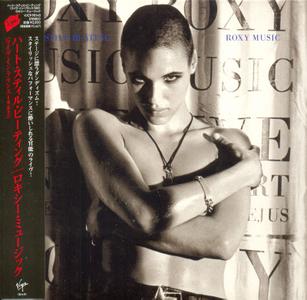 Recorded live in France in 1982 but not released on CD in the U.S. until 1990, Heart Still Beating isn't quite in a class with Roxy Music's first live album, Viva, but nonetheless gives us a lot to be excited about. Lead singer Bryan Ferry and guitarist Phil Manzanera sound quite inspired much of the time, and Manzanera delivers some excellent solos… 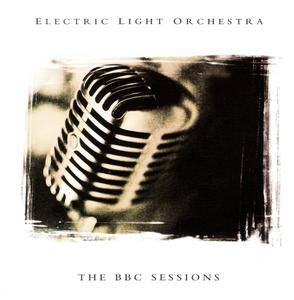 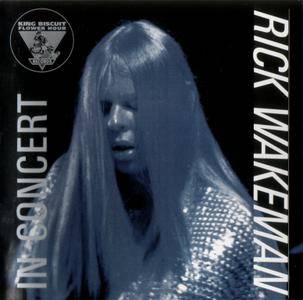 This live performance presented by the King Biscuit Flower Hour is an above average production of Wakeman's best-loved tunes. King Biscuit appropriately keeps the concert full-length, without any splicing, so that the songs are enjoyed exactly as they were during the staging. Wakeman electrifies San Francisco's Winterland Theater with stunning versions of "Lancelot and the Black Night" and "Merlin the Magician," two of this album's finest cuts. Particular attention is given to "The Forest," a track rarely played live from Wakeman, but placed fittingly in the middle of the eight selections here. Recorded in 1975 at the height of progressive rock's glory days, Wakeman's attentiveness and passion can be felt from the opening keyboard surge. His accompanying musicians play a large part as well, with some expert guitar work from Jeffrey Crampton and spectacular vocal execution via Ashley Holt. 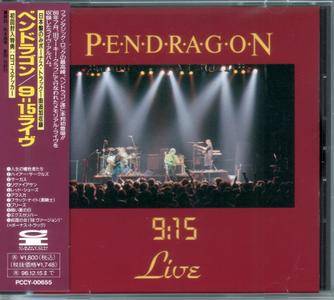 Neo-prog band Pendragon formed in London during the heady days of punk, but didn't coalesce until 1983, when the band began playing around London and earned a small spot at that year's Reading Festival. The lineup stabilized, after the 1985 album Jewel, around vocalist/guitarist Nick Barrett, bassist Peter Gee, drummer Fudge Smith and keyboard player Clive Nolan. Pendragon recorded the live album 9:15 in 1986 and began to establish a continental fan base the following year. European audiences proved enthusiastic, spawning a contract with the French M.S.I. label; nevertheless, the group was forced to form its own Toff label just to release material in England. 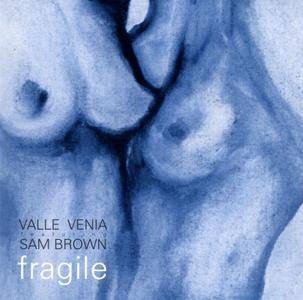 The British singer-songwriter became famous with solo albums such as the unforgettable ,STOP' and recordings and gigs with Pink Floyd, George Harrison, Paul McCartney, Eric Clapton, Jon Lord, Jools Holland and many many more. Sam Brown took part with George Harrison's last recordings and the Concert for George. Sam Brown sings the leading vocals on Valle Venia's Fragile album. Together with the British singer Sam Brown the small but fine label Valle Venia has created into being a quite special project. Fragile is the sixth album by Sam Brown and is the eighth CD produced by Valle Venia, a label which combines music, art and science. It was released in 2002. Fragile is an album to dive into. 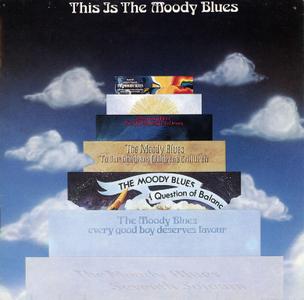 It might surprise those coming in late to their story that the original double-LP version of this album from 1974 was the first compilation devoted to the Moody Blues' work. That's seven years after their switch from R&B-based British Invasion rock & roll to psychedelic music, and ten years into their overall history, an awfully long time for a successful band to avoid the compilation route. That fact alone speaks volumes for how healthy their album sales were – only the group's decision to take a hiatus seems to have prompted the assembling of this collection. The Moody Blues had actually had enough hits and charting singles between England and America since 1967 so that a good best-of could have been assembled, but the makers went far beyond that, encompassing LP tracks that had become favorites on FM radio between 1967 and 1973 and also ignoring the actual release order of anything here. 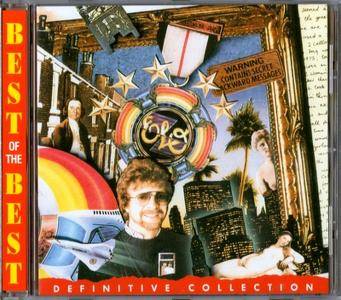 The 1992 Holland collection Definitive Collection isn't really definitive, of course – it's the kind of title common to budget-line discs or European and Asian-only compilations – but it is a good sampler of ELO's hits all the same, containing 19 songs, including many, many hits: "Showdown," "Can't Get It out of My Head," "Evil Woman," "Strange Magic," "Livin' Thing," "Turn to Stone," "Don't Bring Me Down," and "Rock N' Roll Is King." 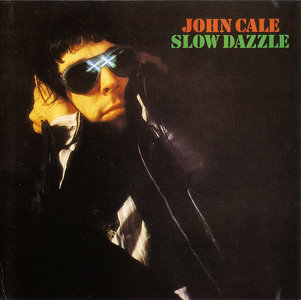 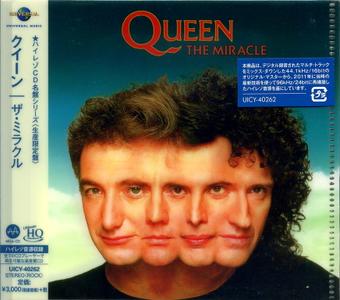 Following their massive 1986 European stadium tour for the A Kind of Magic album, Queen took an extended break. Rumors swirled about an impending breakup, but it turned out the break was brought on by a painful marital divorce for guitarist Brian May (who subsequently battled depression and contemplated suicide), and Freddie Mercury being diagnosed with AIDS. Instead of sinking further into misery, the band regrouped, worked on each other's mental state, and recorded one of their most inspired albums, 1989's The Miracle. Lyrically, the songs tend to reflect on the band's past accomplishments ("Khashoggi's Ship," "Was It All Worth It") as well as the state of the world in the late '80s (the title track, "I Want It All"). 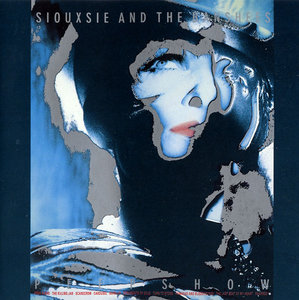 Siouxsie And The Banshees - Peepshow (1988) [Non-Remastered]
EAC | FLAC | Tracks (Cue&Log) ~ 247 Mb | Mp3 (CBR320) ~ 104 Mb | Scans included
Alternative Rock, Art Rock, Post-Punk, New Wave | Label: Polydor | # 837 240-2 | 00:42:45
Peepshow is the ninth studio album by English alternative rock band Siouxsie and the Banshees, released in September 1988 on Polydor. It was their first record as a quintet. With the arrival of multi-instrumentalist Martin McCarrick, the group recorded a multifaceted album with a variety of influences. Including the singles "Peek-a-Boo" and "The Last Beat of My Heart", the record was a commercial success, peaking at No. 68 on the Billboard 200 chart in the week of 3 December 1988. It spent a total of 20 weeks on that chart. Peepshow was widely acclaimed by critics. Praise centred around the unpredictability of the orchestrations and new nuances in Siouxsie's voice.
Siouxsie Sioux Siouxsie & The Banshees Siouxsie And The Banshees Rock Alternative Rock Art Rock Post-Punk New Wave Post Punk CD-Rip + Scans FLAC MP3 Lossless
Details 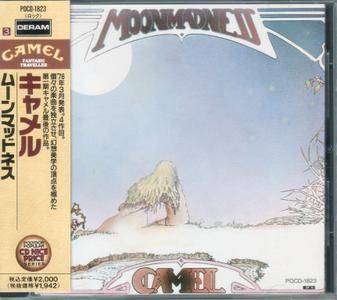 Abandoning the lovely soundscapes of Snow Goose, Camel delved into layered guitar and synthesizers similar to those of Pink Floyd's Wish You Were Here on the impressive Moonmadness. Part of the reason behind the shift in musical direction was the label's insistence that Camel venture into more commercial territory after the experimental Snow Goose, and it is true that the music on Moonmadness is more akin to traditional English progressive rock, even though it does occasionally dip into jazz-fusion territory with syncopated rhythms and shimmering keyboards. Furthermore, the songs are a little more concise and accessible than those of its predecessor. 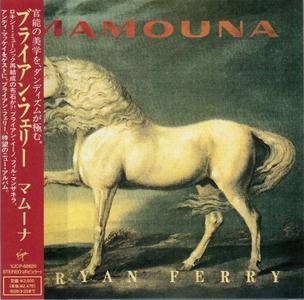 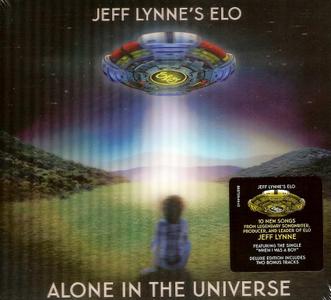 Alone in the Universe isn't the first Jeff Lynne album of the 21st century, nor is it the first Electric Light Orchestra of the 21st century. That honor belongs to Zoom, a 2001 comeback that faded quickly into history books, its lack of success blamed in some quarters on Lynne's reluctance to tour. If Jeff didn't want to hit the road, his old bandmate Bev Bevan had no problem constituting a lineup and touring under the name ELO Part II, whose presence somewhat explains why Alone in the Universe is credited to the somewhat convoluted Jeff Lynne's ELO – a truncation of the band's full name that also assigns credit where it's due, as most listeners associate this majestic post-Abbey Road pop with Lynne alone.