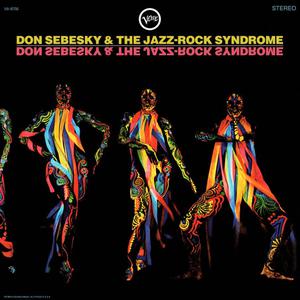 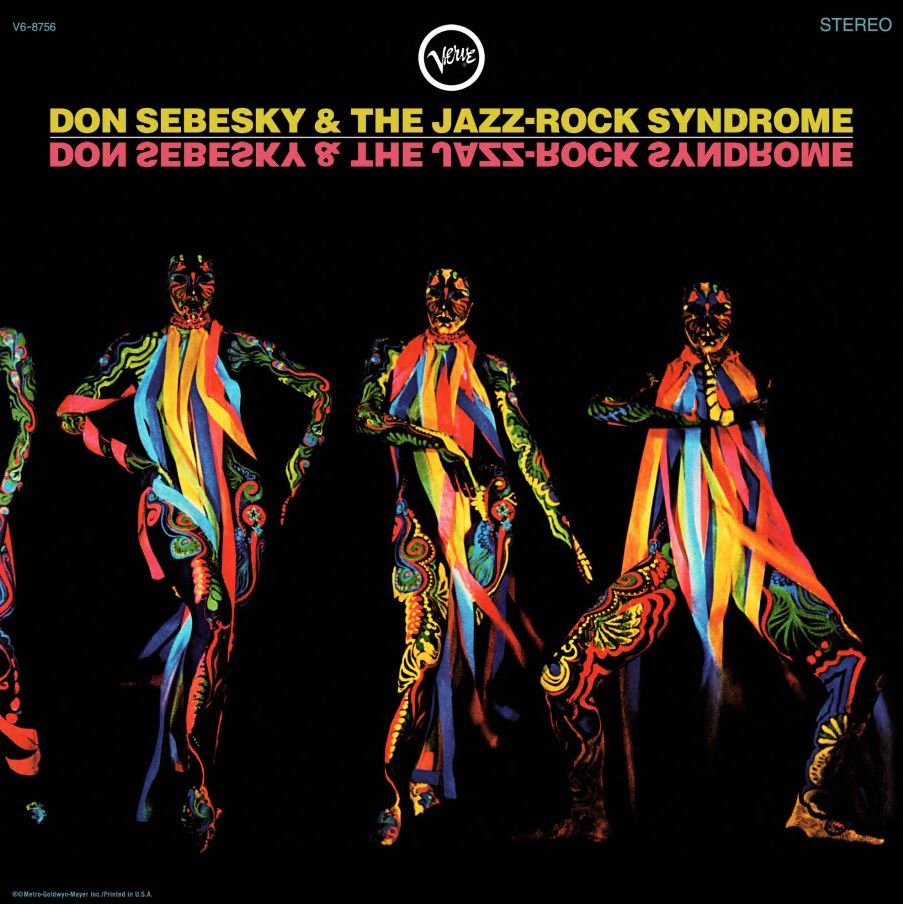 Big bands are not coming back. Let's face it. The old style, rooted in the swing era, is an anachronism. Those bands will hang around only as long as that generation is alive; they are relics, museum pieces-still groovy, but relics nonetheless.
Basie, Herman, James and the few others still carrying on will not survive their own generation. They have no issue; young cats do not generally form swing bands these days. They play Rock and Roll, whether we like it or not.

But something else has been coming-on lately. It has been called "Jazz-Rock", a budding love affair between a raw but vital, enthusiastic child and a somewhat weatherbeaten but dapper older gentleman.
Basically the one-eyed monster killed old-style, dance bands, along with a lot of other things. For awhile, when the tube was still a novelty, nobody did anything else at all but sit in front of it. Then came the Twist and people began moving out again to dance. The Twist really buried big bands: four electrified kids could produce the volume of fifteen unamplified guys, a lot cheaper. And the other eleven musicians starved or became school teachers.
It may have been a blessing in the long run. The new beat spawned dancing as a worldwide participation sport. For the first time, you don't have to know the steps; anything goes. Just move out on the floor, stay loose and swing.
As the dances became more abstract and creative, more permissive and popular, the music kept pace-becoming more and more complex until, suddenly, we find Jazz peeking through the door again. Many straight-ahead Rock groups are beginning to add horns. Some will inevitably add more and, since there are few sounds as exciting as seven brass and five saxophones wailing, new-style big bands will soon begin criss-crossing the country just like the old once did; not museum pieces, but contemporary, communicating dance organizations. People will once more dance to big bands—which will sound like this record.

Though he just turned 30, Don Sebesky is a product of the big band tradition, having played trombone with Warren Covington, Stan Kenton, Claude Thornhill and Maynard Ferguson. His big writing break came through Maynard and he has since scored albums for Wes Montgomery, Astrud Gilberto, Erroll Garner and Kenny Burrell.
When Don started to think about this album, he "wanted to come up with something new. It seemed to me that the style in which had been writing traditional Holman-influenced Basie-had become a dead end for me. It was either a maiter of getting more complex and involved, or simpler. I chose the latter, or rather it was chosen for me. I discovered the Mamas and the Papas and their light, groovy approach influenced my thinking tremendously."
So there are very few hard, "shouting" big band moments here. Instead, it sings with unisons and counterpoint. The tunes themselves reflect the Mamas and the Papas influence: "Somebody Groovy", a John Phillips tune, "Dancing in the Street", in which Don based the writing on Cass Elliot's phrasing of the same tune, and "Big Mama Cass" which is of course dedicated to her.

The musicians who were all chosen "for their ability to swing in a Jazz way and yet relate to a Rock feel at the same time"-evidence obvious enthusiasm playing Sebesky's music. I particularly call vour attention to Don MacDonald's drums, to Chuck Rainey's really astounding Fender bass-and to two young men you're going to be hearing from a lot, Larry Coryell and Dick Spencer.

Coryell, who's already made quite a name for himself with the Gary Burton group, is perhaps the personification of the Jazz-Rock movement among musicians. He plays real Jazz guitar–writing his own line, improvising on the changes but unlike some of his colleagues he has also taken the time and trouble to master the electronic effects available, on the amp. As a result, Coryell has virtually cornered the market on the wailing, haunting kind of guitar you hear on "Dancing in the Street" and, most especially. on "The Word a too-much tour de force right down to the closing cadenza.
Spencer likewise epitomizes the new generation of horn men-guys who grew up with Jazz and Rock in the unswerving belief that the twain shall meet. It's his soulful alto that puts the groove in "Somebody Groovy", the personality in the portrait of "Big Mama Cass". On "Meet a Cheetah", Spencer gets together with Joe Beck (another very now guitarist) and Sebesky himself-who, like Bob Brookmeyer, turns out to be a trombonist who also plays a mean piano. And organ (on "I Dig Rock 'n' Roll Music"). And harpsichord (on "Banana Flower"). And clavinet (dig his dialogue with Coryell on “The Word").
Don feels that "this is the first big band of the Rock era, bringing the influences of traditional big bands and combining them with the music being written today by John Phillips, the Beatles, the Beach Boys and other meaningful groups in an instrumental way, featuring a good strong rhythm section and blues-influenced soloists."
Obviously, Don Sebesky has found an alternative, a way to move ahead while still acknowledging his musical roots. Jazz-Rock is the turning point. Listen, dance and rejoice to it.