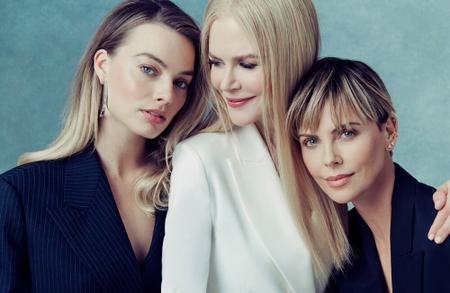 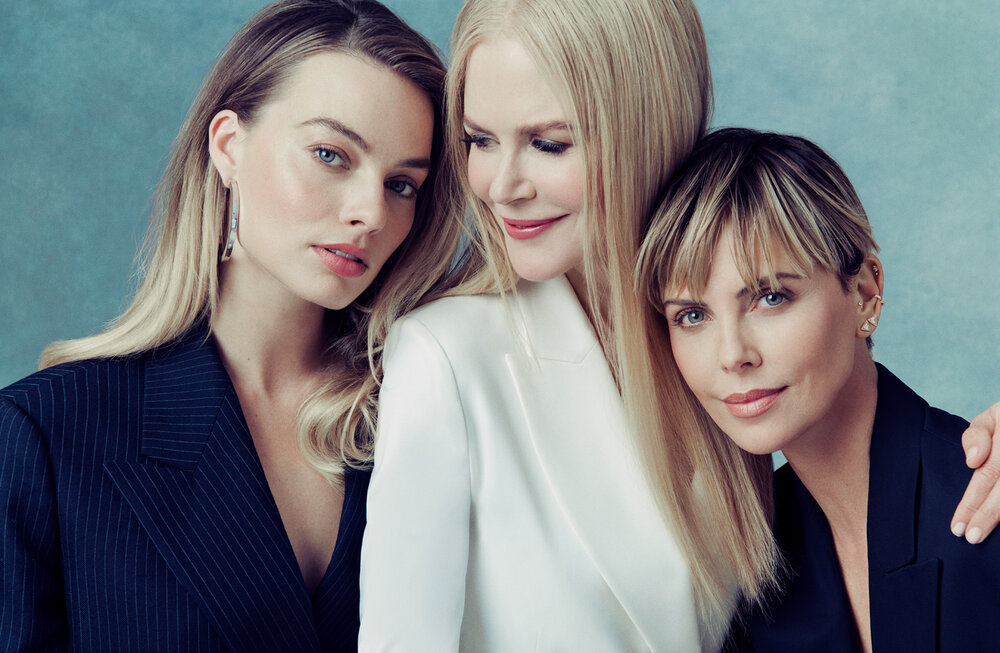 Margot, Nicole and Charlize - Austin Hargrave Portraits 2019
2 jpg | up to 8027*5244 | 9.6 MB
Bombshell is a 2019 American drama film directed by Jay Roach and written by Charles Randolph. It stars Charlize Theron, Nicole Kidman, and Margot Robbie, and is based upon several women at Fox News who set out to expose CEO Roger Ailes for sexual harassment. John Lithgow, Kate McKinnon, Connie Britton, Malcom McDowell, and Allison Janney appear in supporting roles.

The project was first announced in May 2017 following Ailes's death, with Roach confirmed as director the following year. Much of the cast joined that summer and filming began in October 2018 in Los Angeles. It entered into a limited release in the United States on December 13, 2019, before a wide release on December 20, by Lionsgate.

Bombshell's box office results were seen as a disappointment but it received generally favorable reviews, with critics praising the performances of the cast (particularly of Theron and Robbie) and the makeup and hairstyling but some criticizing its screenplay and inaccuracies. At the 92nd Academy Awards, it earned three nominations: Best Actress (Theron), Best Supporting Actress (Robbie), and Best Makeup and Hairstyling, winning the latter. The film also received two nominations at the 77th Golden Globe Awards (for Theron and Robbie), four at the 26th Screen Actors Guild Awards (Theron, Robbie, and Kidman, as well as Outstanding Performance by a Cast in a Motion Picture) and three at the 73rd British Academy Film Awards (Theron, Robbie, and Best Makeup and Hair).