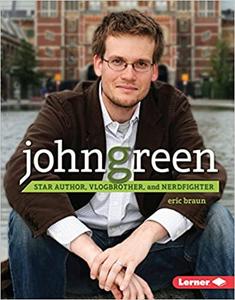 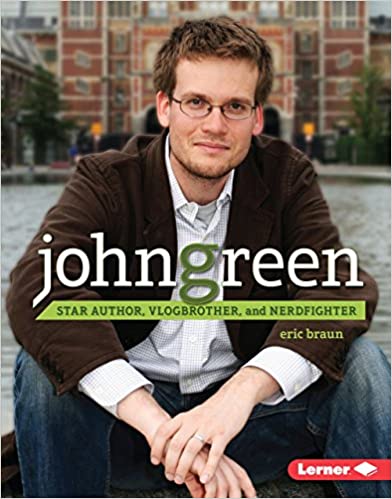 Eric Braun, "John Green: Star Author, Vlogbrother, and Nerdfighter"
English | 2015 | ISBN: 1467775711 | PDF | pages: 52 | 7.4 mb
On June 2, 2014, more than 1,200 fans wildly cheered the arrival of author John Green at the premiere of The Fault in Our Stars―the blockbuster movie based on his young adult novel of the same name. While he did not write the screenplay or have a starring role in the movie, John commanded just as much star power as the film's talented actors. The Fault in Our Stars book―John's fifth novel―sold more than 7 million copies, and John landed a coveted spot on Time magazine's 2014 list of the 100 Most Influential People.

Even before The Fault in Our Stars made John a household name, he had built up an enormous following among teens. In 2007, after penning his first two YA novels, he cofounded the YouTube channel Vlogbrothers with his brother, Hank Green. The brothers began posting videoblogs as a communications experiment―and soon, they found themselves interacting with legions of fans who call themselves Nerdfighters. The channel grew in popularity and now has more than 2 million followers.

Follow John's journey from shy student to powerhouse social media engager and best-selling YA author. Learn how he turned quirkiness and talent into a winning formula that has earned him millions of fans around the world.